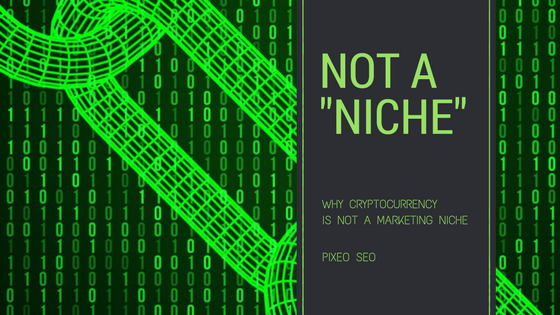 Reading Time: 4 minutes
Note: this article deviates from the SEO articles I normally write about but I believe the issue is important enough to post on my agency blog.

Adweek recently wrote a FUD piece on why you shouldn’t waste your time marketing to the cryptocurrency niche. This is an article to dispel the myths they are promoting.

Bitcoin is not a Product to Sell

Bitcoin will affect every industry which deals with trust, information systems, and finances. Yes, even marketing will find uses for cryptocurrencies and the tech which it has been developed on. This is not a new “thing,” it is a left-field solution to some of the fundamental problems of our modern age. The “cryptocurrency niche” is much larger than any one particular idea or marketing opportunity.

Issues such as banking costs, property loss, accurate record keeping, and cybersecurity are tantamount to the stability of our society. If cryptocurrency was just a hot niche it might just be related to some fashion trend like the sexy jean shorts or a new material for athletic shoes. It’s just not in the same narrow industry framework, sorry.

Cryptocurrency is trying to replace cash systems in many instances. They got this right at least in the Adweek article. However, it’s unreasonable to talk about Bitcoin as a failed experiment just yet. Yes, it’s inconvenient and slow compared to using a credit card. But it’s neither credit nor is it a form of cash in its current incarnation; it is an exchange of value a lot like Gold or silver coins used to be.

That might sound silly but we used to accept the value of the USD because it was BACKED by Gold, not because the government said it was worth a certain amount in the marketplace. Bitcoin will eventually operate in the same manner. Not as cash but as a store of value that backs another coin exchanged for goods and services (which will replace cash).

The brand awareness of Bitcoin and other cryptocurrencies has been on the rise if you look at Google trends. To compare it to the brand recognition of Visa, you can see that it not only is growing exponentially, but it has bursts and retracements the same as its price patterns. As a toddler in terms of its existence compared to Visa, I’d say it’s had quite a run and its only at the beginning of its lifecycle. The end is nowhere near in sight.

The fluctuating value of Bitcoin does create some short-term risks in accepting it as a form of payment. This is undeniable.

But there are already merchant services which allow you to accept it and instantly sell it for fiat at a price which is both lower and more efficiently settled than credit card processors.

There are also ways of protecting the value of bitcoin already. The bitcoin futures market was in the news late last year. The reason? To allow larger market participants to hedge the value of their investments in Bitcoin. This is a traditional means of protecting real-world transactions. And in this case, it allows you to do the same in Bitcoin. This is exactly what airlines and logistics companies do every single day.

An Absurd Notion About Bitcoin
The volatility in Bitcoin is extreme but the Crude Oil market is comparably volatile and you don’t see the transportation industry trying to outlaw the Oil cash market, how absurd would that be!

Every day there is FUD about Bitcoin, even when the price rockets there are critics who find a way to paint the developments with as dark a brush as they can. So it shouldn’t be any surprise that the full issues are not reflected in the daily news and positive developments. Developments which are actually arising daily are left without much public conversation.

Pay attention in the next few weeks to the Lightning Network. This is an over the top technology (O.T.T.) which many experts say, to use a lazy analogy, will push Bitcoin into the Web 2.0 level and make cryptocurrencies exceptionally easy and cheap to integrate into your business plans.

Adweek, again, says that associating your business name with cryptocurrencies is somehow a reputation management risk. This is so short sighted its laughable. It is probably true that some sectors of the banking industry might think twice about advertising that they sell cryptocurrencies but even so, there are already banks starting to see the revenue generating opportunities. They will certainly come around and by the time they do, they’ll look like dinosaurs. Anyone remember this?

Partnering with a cryptocurrency for transactions is just one facet of opportunity in the space. There are also important considerations in integrating proof of stake, blockchain and trustless transactions which will both protect you and save your business enormous amounts of money.

Use Cryptocurrency to leverage your marketing strategy

Aligning yourself with the “cryptocurrency niche” right now might put you in the camp of a revolutionary or a dreamer who doesn’t understand “the way the world works.” But it’s only a matter of time before people start jumping in head first. This is what happened in the Marijuana industry as States panicked when they saw the tax revenues in Colorado. Look at Altria and equally dominant pharmaceutical companies. They are aggressively investing in marketing so that they can be known as “Pot-friendly.” This is more than likely to happen in a very similar manner with cryptocurrencies and the surrounding tech. 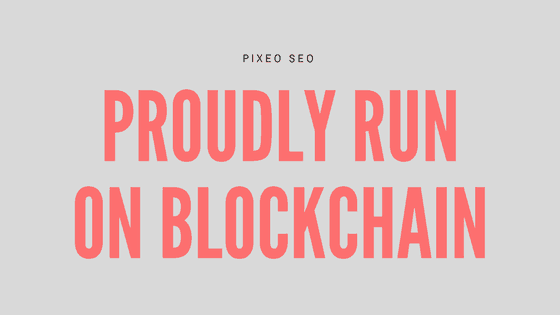 One day soon, pasting a banner on your website which says, “Proudly Run On Blockchain” will be the 2000s equivalent of “We Use Consumer Recycled Paper.” It will become a cliche.

If I can give one bit of free marketing advice in this article it’s this: Don’t get left behind. Start integrating a cryptocurrency marketing strategy into your business today.

Let me know what you think in the comments and if you have any needs to help optimize your brand for the cryptocurrency space, I am always available for a chat. 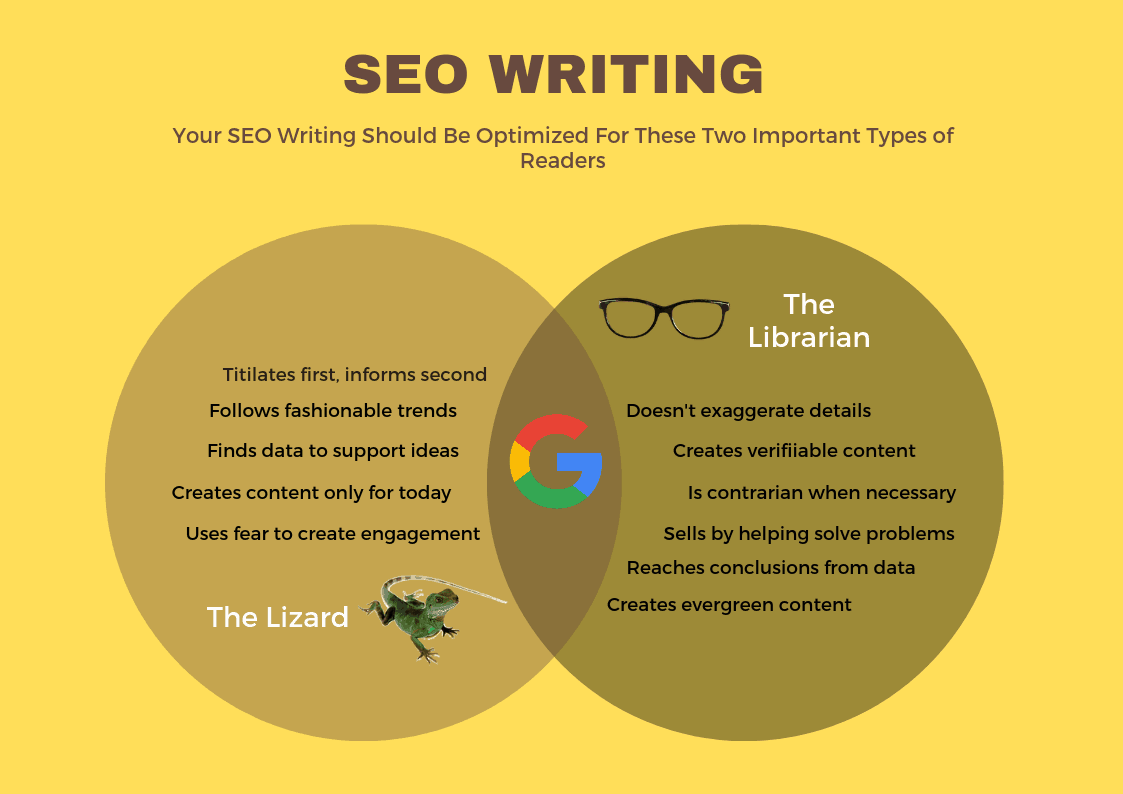 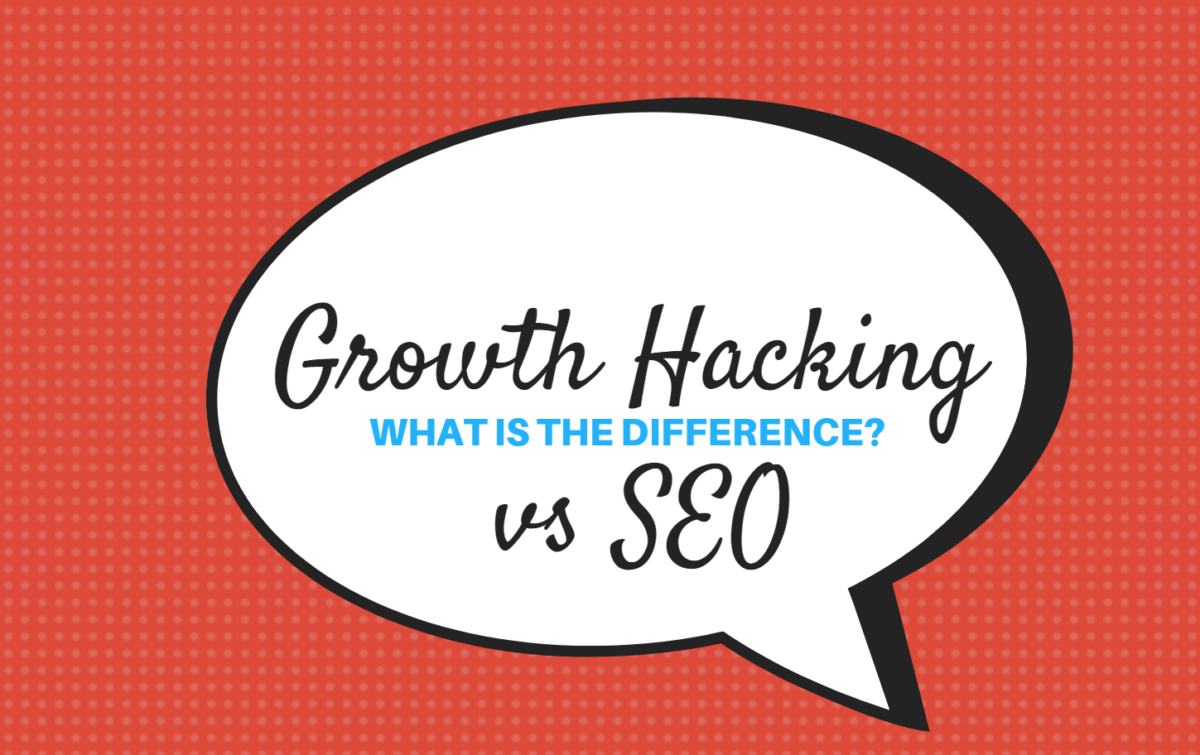